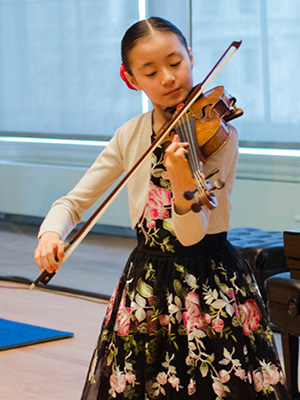 Fiona Khuong–Huu, 11, (violin) lives in New York City where she attends the Spence School and studies violin with Professor Li Lin at the Juilliard Pre-College Division. She has won numerous competitions, including the 2017 Grumiaux International Violin Competition, and has been taught by Asako Yoshikawa, Leonid Kerbel, and Keiko Tokunaga. Fiona recently performed with her sister Hina in Antwerp, Belgium and in the Atomium in Brussels during the 60th-anniversary celebration of the landmark building.