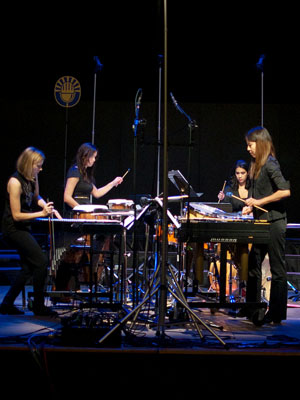 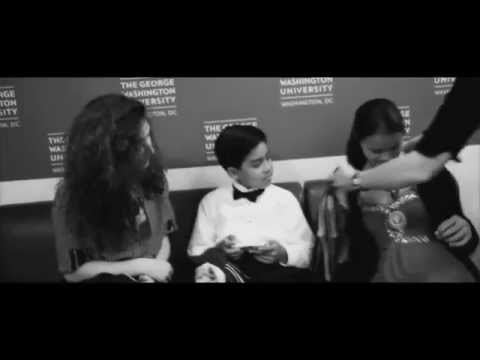 Excelsis Percussion Ensemble, the first international all-female percussion ensemble in New York City, includes Marcelina Suchocka from Poland, Aya Kaminaguchi from Japan, Mariana Ramirez from Mexico, and Clara Warnaar from Canada/United States. Hailing from four different countries and speaking four different languages, the ensemble members’ love of percussion and performance brought them together to speak the universal language of rhythm with innovative perception. Excelsis performed on NPR’s From the Top in Washington, DC, earlier this year. Marcelina previously performed on as a soloist and Jack Kent Cooke Young Artist on episodes recorded in Dallas, Texas, in 2009; Davenport, Iowa, in 2010; and New York, New York in 2011. Excelsis invites the world into a celebration of percussion with its pageantry of marimbas, drums, cymbals, xylophones, and vibraphones.

Show 296, Washington, DC
Prelude I and Chorus I from "Threads" by Paul Lansky