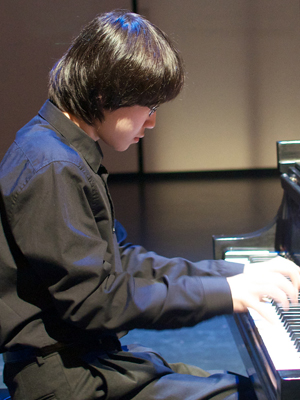 Evan Lee (piano), 15, hails from Brooklyn, New York, where he is a student at the Fiorello H. LaGuardia High School of Music, Arts, and Performing Arts. He studies with Victoria Mushkatkol in the Juilliard Pre-College Division. In 2011, he received first place in the Juilliard Pre-College Concerto Competition. In 2012, he participated in the Narnia Arts Academy International Summer Music Festival in Narni, Italy. Evan is a recipient of From the TopÕs Jack Kent Cooke Young Artist Award. Evan also studies violin at his high school and loves listening to classical music, whether it is an old favorite or discovering something new. In his spare time, he enjoys reading and spending time with friends.