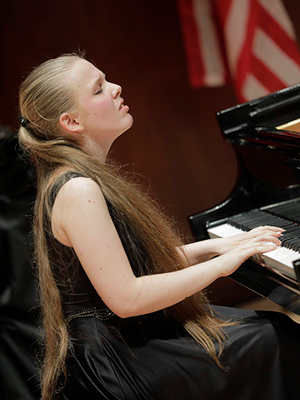 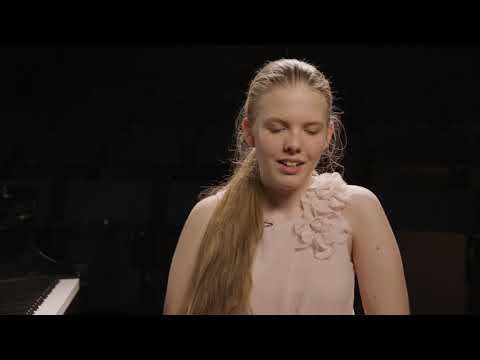 Eva Gevorgyan (piano), 15, has received prizes in more than 40 international competitions for piano and composition—in the United States, Germany, Italy, Spain, Portugal, Estonia, Malta, Kazakhstan, Poland, Czech Republic, Georgia, Russia, and Serbia. Born and raised in Moscow, she has studied with Natalia Trull at the Central Music School of the Moscow P.I. Tchaikovsky State Conservatory, and has performed across Russia, Europe (including a Royal Albert Hall debut in April), and in the United States. She also receives a scholarship from the International Academy of Music in Liechtenstein and participates regularly in its intensive music weeks and activities. In 2017, Eva performed in front of Italian President Sergio Mattarella, and has taken part in a national television show for young talent, advancing to the final as the only pianist. Last year, she appeared on live television with Russian President Vladimir Putin and asked him about education reform. She likes composing, growing exotic plants, jogging, and playing table tennis.