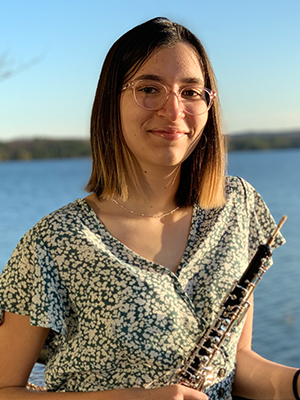 Elizabeth has always known she wanted to pursue music. Elizabeth’s fondest memory of playing is when she won the part of principal oboist on Interlochen’s tour where her friends from the Interlochen Arts Academy and the Miami Music Project joined together for a concert at the New World Center in her hometown.

When Elizabeth isn’t practicing or making reeds, she enjoys spending time outside with friends and family.