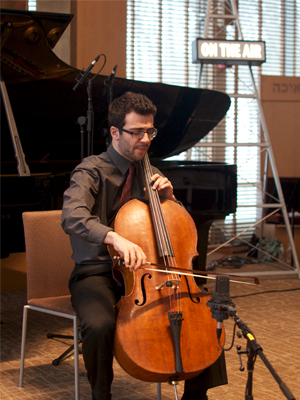 Eddie Pogossian (cello), 18, is from Glendale, California, where he attended Crescenta Valley High School. He is currently a freshman at the Juilliard School in New York City. In high school he studied with Ronald Leonard at the Colburn School. He was also a member of the Crescenta Valley High School Orchestra and the Virtuosi Chamber Orchestra. Outside of music, Eddie enjoys playing soccer.