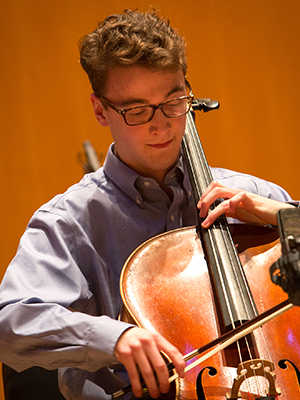 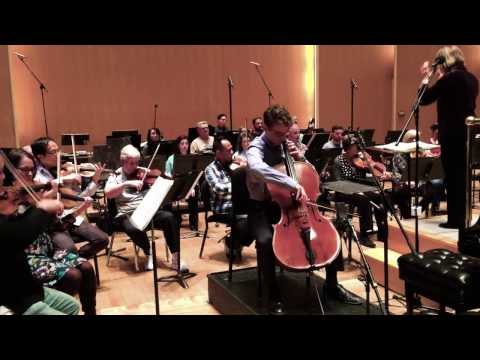 Drew Cone (cello), 18, is a native of Buffalo, NY, and is a senior at Williamsville East High School. He began studying cello at age 8 with Eva Herer, and currently is a student of David Ying, cellist with the Ying Quartet and Associate Professor cello and chamber music at the Eastman School of Music.
Drew has performed solos with the Buffalo Philharmonic under the baton of JoAnn Falletta, as well as the Ars Nova Chamber Musicians on their annual Viva Vivaldi Festival. He received first place in the junior division of the 2011 MTNA Empire State Competition and won the Interlochen Concerto Competition in 2014. He has attended Green Mountain Chamber Music Festival, Bravo Workshop, the Castleman Quartet Program, Interlochen, and Bowdoin International Music Festival. This school year, he will be performing with the Amherst Symphony Orchestra.
In his spare time, Drew enjoys hiking with his family, playing the occasional video game and hanging out with his younger brother Matt (who plays viola) in their chamber group at Eastman Community Music School.

Show 333, Buffalo, NY
I. Allegetto from Cello Concerto No. 1 in E-flat major, Opus 107, by Dmitri Shostoakovitch