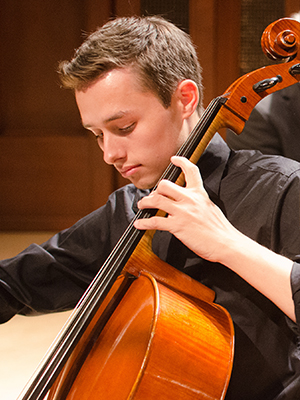 David Bender (cello), 20, is from Nashville, Tennessee, and studies with Joel Krosnick at The Juilliard School. Last summer, he was selected to be a member of the National Youth Orchestra of the United States, and performed as principal cellist under Valery Gergiev and Christoph Eschenbach, at Carnegie Hall and throughout Europe.