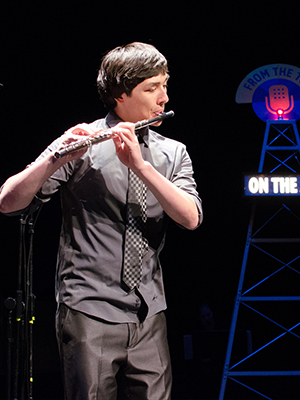 Daniel performed on Show 335 in Danville, KY on March 16, 2017, and received the Jack Kent Cooke Young Artist Award in conjunction with his appearance.

Daniel Charif (flute), 17, is from San Jose, California where he is a senior at Lynbrook High School in San Jose, California. Currently studying with Isabelle Chapuis-Starr, Daniel has won numerous competitions, including the California State University Long Beach Youth Flute Competition, and the San Francisco Flute Festival Youth Competition. He was also recently chosen as a National YoungArts Foundation Winner and as a winner of the Mondavi Center Young Artists National Competition.