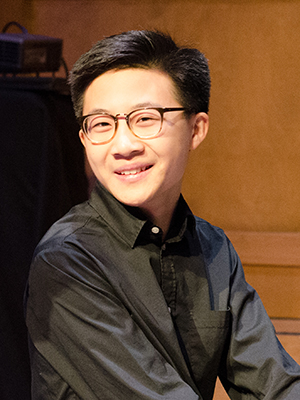 Christian Grant Chiu (piano), 17, is a junior at Upper St. Clair High School in Pittsburgh, Pennsylvania. Christian has studied with Professor Natasha Snitkovsky of the City Music Center of Duquesne University since the age of 7 and also studies with Professor Boris Slutsky of the Peabody Institute. He made his solo orchestral debut at age 10 with the Pittsburgh Symphony Orchestra at Heinz Hall with conductor Lawrence Loh, performing Mozart Piano Concerto No. 21. Recent orchestral engagements have included appearances with L’Orchestra Sinfonica “Luigi Cherubini” di Firenze and the MostArts Festival Orchestra. He has won top prizes at national and international piano competitions. This summer, he attended Boston University Tanglewood Institute on scholarship, where he was featured in solo and chamber music performances and selected to perform in a master class with Emanuel Ax. Aside from piano, Christian enjoys hockey, ping pong, eating great food, and attending concerts.