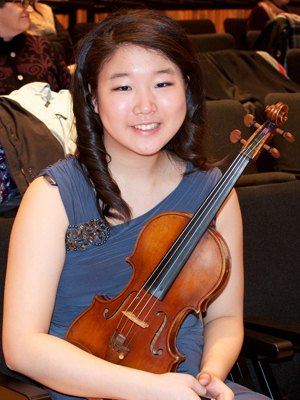 Chelsea Kim (violin), 17, is from Wellesley, Massachusetts and is a recipient of the Jack Kent Cooke Young Artist Award. She attends Phillips Exeter Academy and studies at the New England Conservatory with Donald Weilerstein. She has also participated in programs at the Boston University Tanglewood Institute and The Kinhaven Music School. She has played in her schoolÕs symphony and chamber orchestras and in the Boston Philharmonic Youth Orchestra. Chelsea also plays the piano and clarinet, and likes to swim and play soccer.