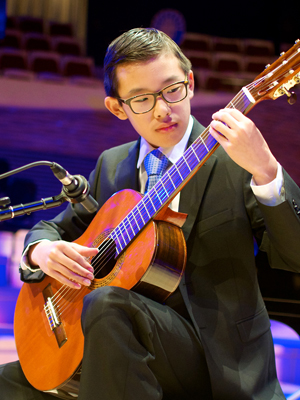 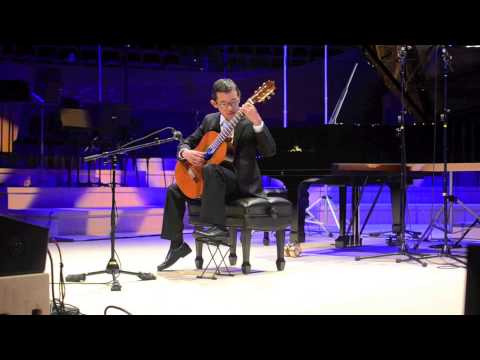 Chase Onodera appeared most recently as a member of the San Francisco Conservatory Guitar Quartet on Show 301, recorded in February 2015, and as a soloist on Show 279, recorded in November 2013.

Chase Onodera (guitar), 12, is from Sacramento, California, where he is a student at Sutter Middle School. He studies with Scott Cmiel at the San Francisco Conservatory of Music where he also participates in various trio and quartet ensembles. Chase has already won prizes from the Menuhin/Dowling Young Artist Competition, the Junior Bach Festival, and the US Open. Aside from classical music, he also plays flamenco.

From the Top · Chase Onodera, Guitar