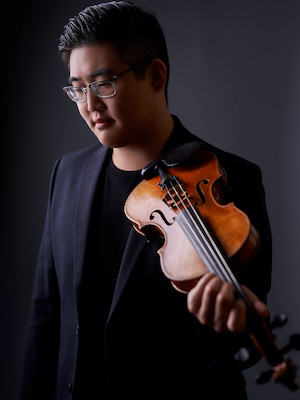 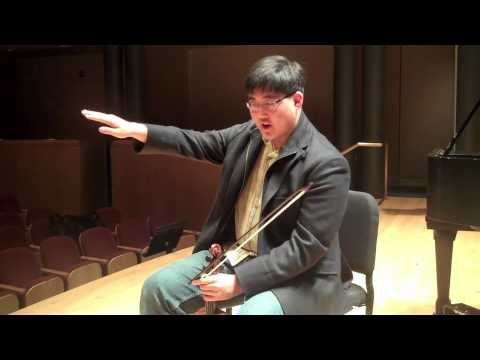 With a growing reputation for passionate and powerful performances, Korean-American violinist Brian Hong is forging a career as a soloist and chamber musician. Known for his commanding stage presence, palette of sonic colors, and honest interpretations, Mr. Hong has performed with such orchestras as the Springfield Symphony and the Juilliard Orchestra. A dedicated chamber musician, Mr. Hong’s festival credits include Yellow Barn, the Taos School of Music, Kneisel Hall, the Perlman Music Program, and Marlboro Music, as well as NEXUS Chamber Music Chicago, of which he is co-Artistic Director.

A native of Fairfax Station, VA, Mr. Hong is currently enrolled in Juilliard’s Artist Diploma program under the guidance of Laurie Smukler and Donald Weilerstein. Mr. Hong also serves as a Fellow with Carnegie Hall’s Ensemble Connect from 2018-2020, performing in a variety of venues in NYC and abroad as well as maintaining a two-year teaching partnership with Celia Cruz High School of Music in the Bronx. When he is not teaching or performing, Mr. Hong can often be found in one of New York’s many specialty coffee shops or brewing his own single origin beans in his apartment near Lincoln Center.