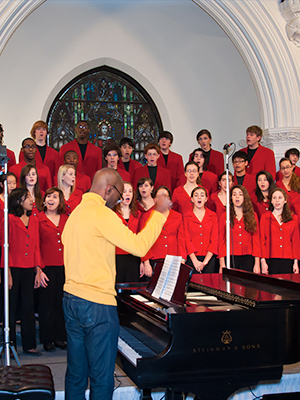 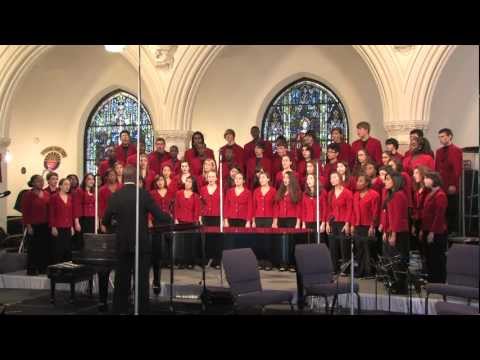 The Boston Children’s Chorus offers children from all neighborhoods throughout Boston the chance to participate in choirs based on skill level and age, breaking down socioeconomic barriers for singers age 7-18. The Premier Choir consists of advanced singers ages 12-18, and the Young Men’s Ensemble features boys ages 10-18. Under the artistic direction of Anthony Trecek-King, the Boston Children’s Chorus holds 50 performances per season. In 2009, 55 singers were cultural diplomats to Jordan at King Abdullah II’s invitation. In 2011, the chorus received the Chorus America’s 2011 Margaret Hillis Award.

From the Top · Boston Children's Chorus

Show 208, Boston, MA
“MLK” by U2, arranged by Bob Chilcott, traditional spiritual “O’ Freedom,” arranged by Hall Johnson, “Lean on Me” by Kirk Franklin, arranged by Andre Williams, and “Kasar mie la gaji” (The Earth is Tired) by Alberto Grau