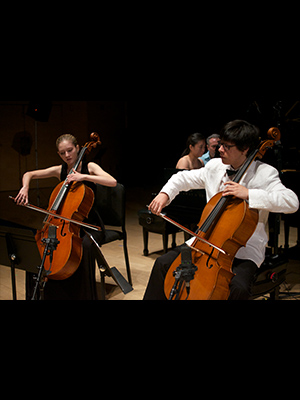 The Aspen Alumni Trio performed on Show 294, recorded in August 2014.