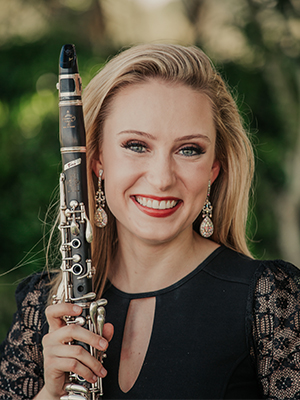 Arianna Beyer (clarinet), 22, is from Mount Dora, Florida and attends the Eastman School of Music, where she studies with Jon Manasse. One of her most memorable musical experiences was when she performed with The United States Army Band “Pershing’s Own” Concert Band on The U.S. Capitol Steps. Outside of music, she enjoys, Crossfit, animals (dogs), and her involvement in The Miss America Organization.