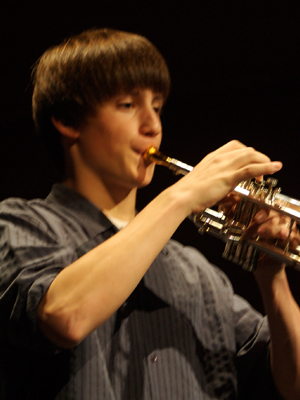 In 2015, Ansel was interviewed by the Tanglewood Music Center.

Ansel Norris (trumpet), 16, is a recipient of From the Top’s $10,000 Jack Kent Cooke Young Artist Award and a junior at Madison East High School in his hometown of Madison, WI. Ansel began violin lessons at the age of four, followed by piano at seven, and trumpet at eleven, and he now performs with the Wisconsin Youth Symphony Orchestra, the Winds of Wisconsin, and several of his high school’s music ensembles. A car enthusiast, Ansel can tell the make, model, and generation of a car from 50 feet away.