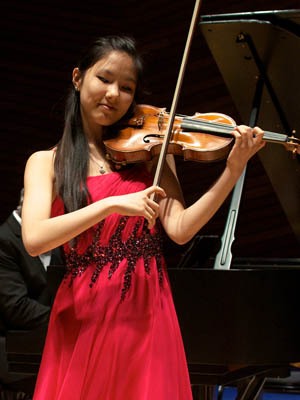 Angela Wee (violin), 16, is from Woodbury, New York where she attends Syosset High School. She studies piano with Masao Kawasaki at the Juilliard Pre-College division, where she also participates in the symphony. This is her fourth summer at the Aspen Music Festival and School. She was selected as a finalist in the 2012 Menuhin International Violin Competition and recently participated in the Starling-DeLay Symposium for Violin Studies at The Juilliard School in New York. Outside of music, Angela enjoys playing sports such as tennis and swimming.