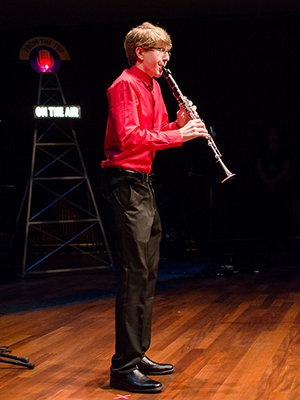 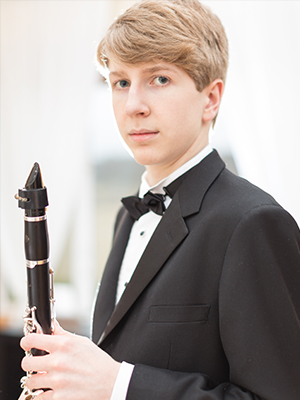 Anders Peterson (clarinet), 17, is from Northfield, Minnesota and is currently studying at the Interlochen Arts Academy in Michigan under the tutelage of Emil Khudyev. His primary teacher since grade 5 has been Dr. Jun Qian, now on faculty at Baylor University in Waco, TX. Anders has been a member of the Minnesota Youth Symphony since grade 8 and has performed in masterclasses for artists such as Ken Grant, Steve Williamson, and Boris Allakverdyan. As the winner of the 2016 59th Annual YPSC School Music Auditions, Anders will perform in two Young People’s Concert Series performances with the Minnesota Orchestra at Orchestra Hall. Aside from music, Anders enjoys downhill skiing and playing golf with his family.