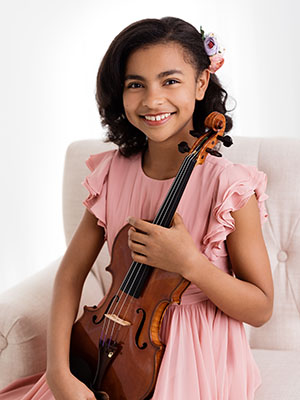 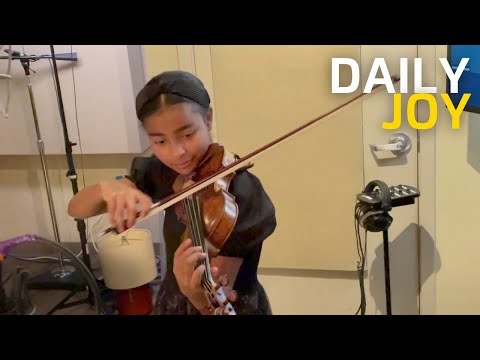 Amaryn appeared on Show 404, airing the week of October 18.

Amaryn Olmeda (violin), 13, lives in Loomis, California. She is a Pre-College student and a Starling Foundation Scholarship recipient at the San Francisco Conservatory of Music, studying violin with Ian Swensen.  She studies applied music theory with Hiro David in New York.

Her recent honors include First Prize, and Audience Choice Award, at the 24th Annual Sphinx Competition, Juniors Division. In 2020, Amaryn was featured as the San Francisco Chamber Orchestra’s Debut Artist at their New Year’s Concert Series in San Francisco, Palo Alto, and Berkley, CA, which earned her a nomination for the San Francisco Classical Voice’s 2019-2020 Audience Choice Awards. She has also been the featured soloist with the Auburn Symphony at the Mondavi Center for the Performing Arts, Music in the Mountains Orchestra, Merced Symphony, Solano Symphony, and with the Sacramento Youth Symphony Premier Orchestra on their 2018 European Performance Tour.