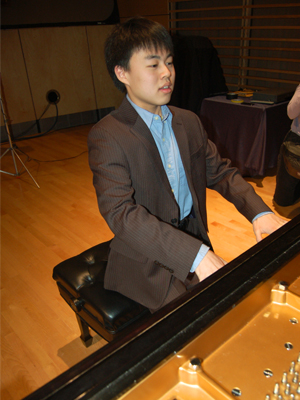 Allen Wong Yu (piano), age 19, is from Cohoes, New York and attends Bowdoin College, where he frequently performs and is active in Chamber Ensembles. He appeared on From the Top Show 188 in Northfield, MA at the age of 15 and was awarded the Jack Kent Cooke Young Artist award. He also took a master class with Christopher O’Riley. He is currently studying piano performance with George Lopez, as well as political science. Aside from playing piano, Allen is Vice President on Bowdoin Student Government.

Show 247, Brunswick, ME
The Great Gate of Kiev from Pictures at an Exhibition by Modest Mussorgsky, arr. Horowitz.