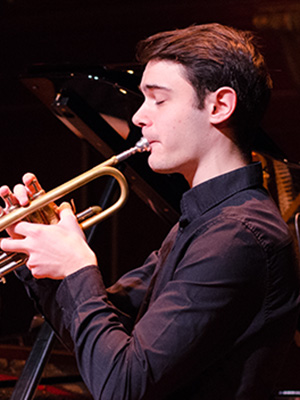 Aleksandar Vitanov (trumpet), 18, originally from Kavadarci, Macedonia, currently lives in Michigan where he is a trumpet student at Interlochen Arts Academy and studies with Ken Larson. He began his trumpet studies at the age of nine and shortly after started participating in competitions nationally and internationally.