The award helps young musicians with the high costs of studying classical music. Recipients must demonstrate exceptional musical ability, quality of character, and financial need. Since 2005, this partnership between From the Top and the Jack Kent Cooke Foundation has awarded more than $3 million in scholarships. Subin Cho, began flute lessons at the age of ten, and has studied with Monica Song and Won Lee. This fall, she begins studies at the Peabody Institute of Music under Marina Piccinini. 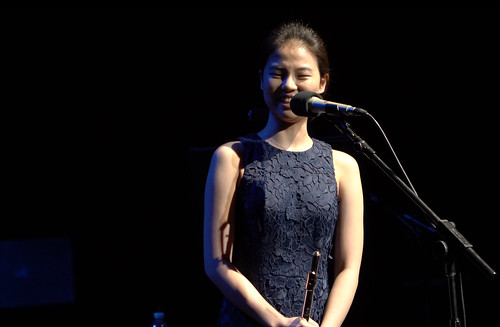 
Nygel Witherspoon is a graduate of the Minnesota Connections Academy in St. Paul, Minnesota, where he studied cello performance with Tanya Remenikova at the University of Minnesota. He entered Curtis Institute of Music this month, where he is studying with Peter Wiley.

Nygel first began studying the cello with his first teacher, David Holmes, when he was three years old. He enjoys playing chamber music and was coached for four years by Bruce Coppock. He has played in lessons and masterclasses for Peter Wiley, Anthony Ross, Benjamin Zander, Arek Tesarcyzk, and Amit Peled.

In 2016, Nygel won the Minnesota String and Orchestra Teacher’s Association (MNSOTA) Mary West Solo Competition, performing the first movement of the Dvořák Cello Concerto with the Bloomington Symphony Orchestra. He was also a featured artist on MPR’s Minnesota Varsity in 2017. That same year, Nygel made his debut with the Minnesota Orchestra, playing the first movement of the Dvořák Cello Concerto at the Send Me Hope concert under conductor Roderick Cox. He appeared with them again as soloist in 2018, performing Fauré’s Élégie as part of their Courage and Triumph Sommerfest concert. 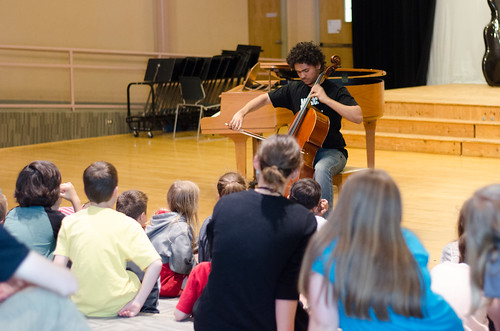 This year, Nygel won the Junior Division of the Sphinx Competition and was a semi-finalist in the Friends of the Minnesota Orchestra Young Artist Competition.